The Biggest Scam In The History Of Mankind

You are about to learn one of the biggest secrets in the history of the world…it’s a secret that has huge effects for everyone who lives on this planet. Most people can feel deep down that something isn’t quite right with the world economy, but few know what it is. Gone are the days where a family can survive on just one paycheck…every day it seems that things are more and more out of control, yet only one in a million understand why. You are about to discover the system that is ultimately responsible for most of the inequality in our world today. The powers that be DO NOT want you to know about this, as this system is what has kept them at the top of the financial food-chain for the last 100 years… 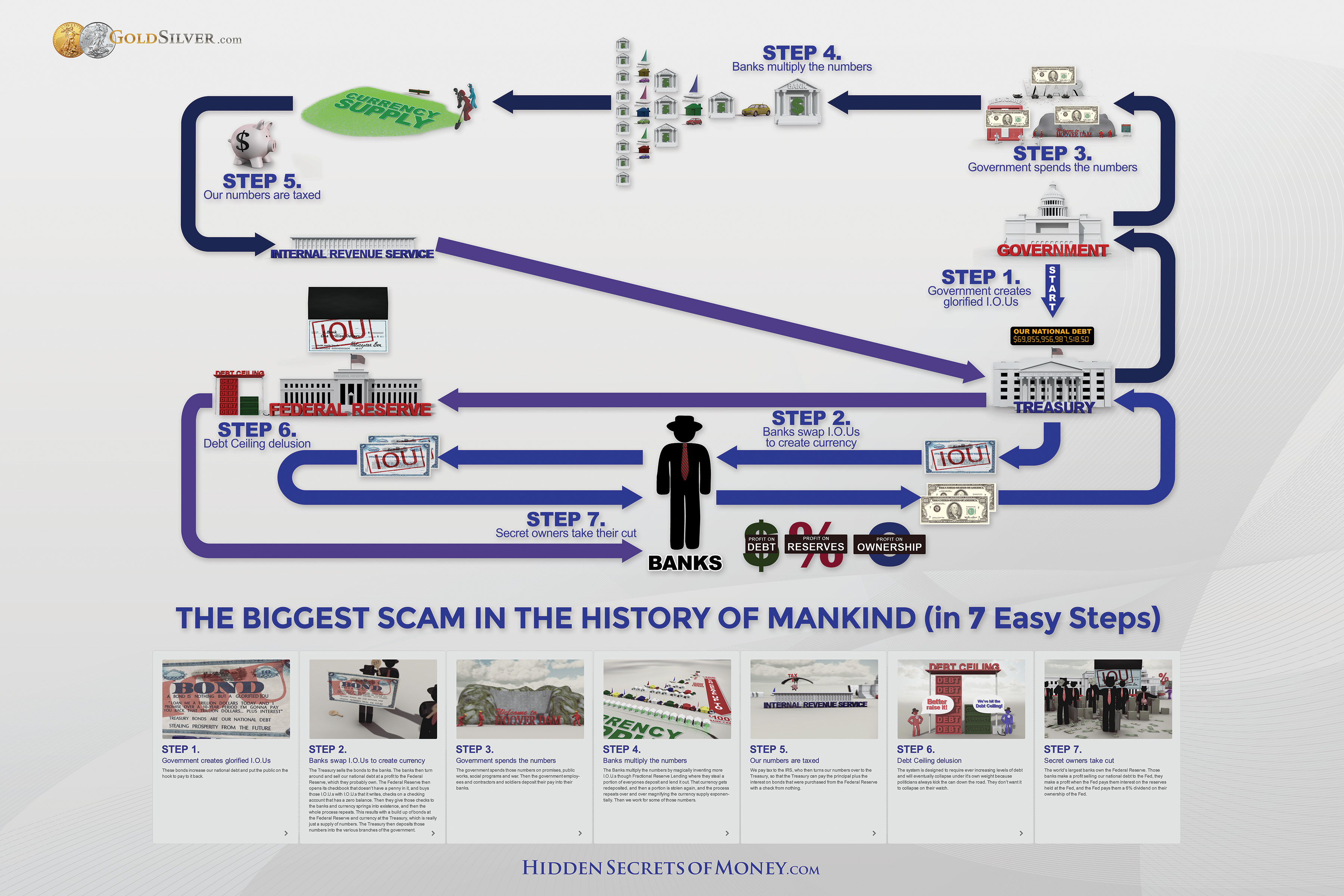 Episode 5: Rise Of Hitler Was Economics

This video was originally posted on Mike Maloney’s blog at: GoldSilver.com/hidden-secrets/episode-4

From Dollar Crisis To Golden Opportunity

Welcome to the third Episode of Michael Maloney’s Hidden Secrets of Money. Mike was asked to speak at an event in Singapore and to give his opinion on the future for the U.S. Dollar. His presentation was titled ‘Death Of The Dollar Standard’ and showed very clearly that the Dollar Standard is developing serious cracks, and will likely split at the seams during this decade. How will this affect you? It’s not all doom and gloom, as you’ll learn from watching the video above. If you have any questions or comments, please leave them below… and don’t forget to check out Mike’s update to this episode (in your Info Toolkit) once you are done.

Episode 4: The Biggest Scam In The History Of Mankind

This video was originally posted on Mike Maloney’s blog at: GoldSilver.com/hidden-secrets/episode-3

The journey continues, this time Mike takes you to Greece to learn when, where and why currency became money. You’ll also learn one of the most predictable long-term economic cycles – the Seven Stages Of Empire. Then join Mike at a private meeting in London where he lets you connect the dots of the seven stages across the last 140 years of our own monetary history.

This video was originally posted on Mike Maloney’s blog at: GoldSilver.com/hidden-secrets/episode-2

Mike Maloney takes you to Egypt to unravel the difference between currency and money. This is one of the most important lessons you will ever learn, and will pave the way for your understanding of future episodes. Because without knowing exactly what money is… how on earth can we expect to learn about it?

This video was originally posted on Mike Maloney’s blog at: GoldSilver.com/hidden-secrets/episode-1

If you are one of the few people left in this world, that believe the Clinton’s are honorable people, and that the world or at least the US would benefit from another Clinton presidency, you should either read the “Clinton Cash” book written by Peter Schweizer or watch the documentary based on his book.

You can watch the video fullscreen on YouTube or right below…

Please, share this blog post / video with anybody you care about in the USA… or the whole world as this does not just affect those in the US.

Let me know your thoughts about it in the comments below.