All places are nearly gone… The Freedom Class

Have you heard of Tim Brocklehurst?

He was first introduced to me by a JV broker in late 2006 and we cross promoted each others sites.

Already back then I was amazed about his ability to generate sales as he quickly became one of my top 10 commission earners.

In September 2007 we met the first time in person when he was speaking on stage at the World Internet Main Event in San Francisco, USA. 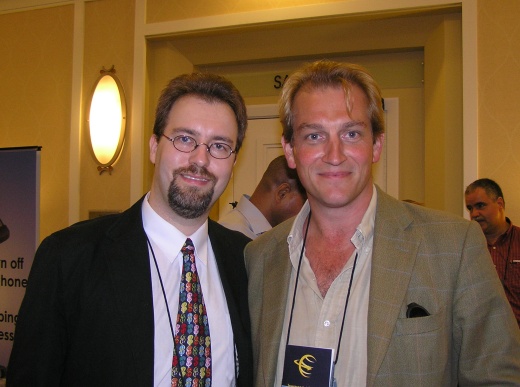 With Tim Brocklehurst at the World Internet Main Even in San Francisco, USA in September 2007

… to equip you with all the skills and all the tools to run your own automatic business generating all the income you ever need in just 2 days!

This time last year he launched MyViralSpiral.com and achieved 27,000 in 22 hours with just 4 JV partners – he’s renowned as an ultra-fast listbuilder, and built a list of 40K in 8 months from scratch.

Less then a month ago I met him again, this time he was speaking at the World Internet Summit in Sydney, Australia… that’s when he told me about the Freedom Class that he is teaching around the globe… 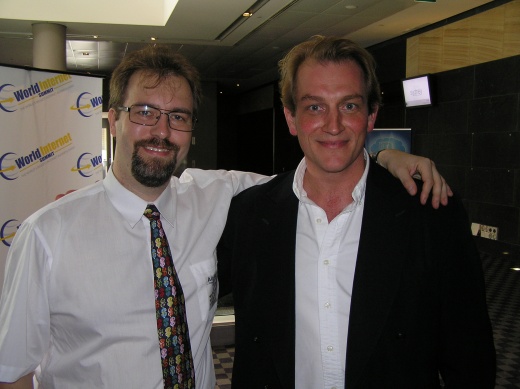 With Tim Brocklehurst at the World Internet Summit in Sydney, Australia in March 2008

He asked me if he could interview me on stage at the Sydney event April 26th / 27th and I agreed.

There I will reveal how exactly Colin and I have been able to generate 226,000 in sales with ViralURL in just 5 month.

Anyway, as mentioned, Tim is running a series of live laptop workshops. He’s staging them around the world, and they’re all happening in the next few weeks.

These are small-size workshops with maximum attention. They’re nearly full, just with Tims own subscribers, but he has just invited a few of his friends to promote it too, and I’m among them.

When I just checked, there where only between 2 and 15 seats left at each event.

I’ll will be personally attending the Freedom Class in Sydney as a presenter and it would be great to see you there, if there’s still room.

His objective is to get participants up and running with their own Internet Business, generating a list of over 5,000 in two months and revenues of over $66,000 in eight.

He is so sure about his system for creating such success, that he isn’t going to charge you the full price unless it really does reach that 66K target.

This is quite unlike any other learning course you might have seen, and I recommend you take a good look at what is on offer here if you’re serious about making a success of your efforts online.

Tim is using Action Learning as his method for getting your business up and running. This means not only will you *learn* how to do it, but also you’ll actually *do* it, with him, in the class.

There’s a lot in this package, much of it can be started straight away, prior to attending the class. So if you need some direction and purpose to your business, this could be the way forward.

You’ll get the full schedule of events, plus how many seats are left, at this link:

But be sure to register, even if there isn’t a class near you yet. As you’ll see inside, there is also a comprehensive Home Action pack, and plenty of goodies to help you along your way.

Just remember: By their nature, these classes will be restricted in numbers. There aren’t many seats left, so if you like the idea of learning and doing your business at the same time, with Tim, be sure to grab a seat while you can.

P.S – Tim mentioned to me that it’s unlikely that he will run another series of Freedom Classes, and once they’re full, that’s it. If you like what you see, be sure to get it while you still can.

P.P.S – Even if all these locations are out of your way, make sure to register for free anyway to get access to his valuable viral marketing tools and information!