What Do You Know about the Marketing Mafia?

When I got started online in 1996 it was still a new frontier (actually, considering the constant changes, it still is).

But there are a few principles and one method in particular that is making anyone who uses it (the method) very wealthy. Up until now there has never been a rule book, no one knew the principles of becoming successful as a internet marketer and everyone had to test to see what worked. 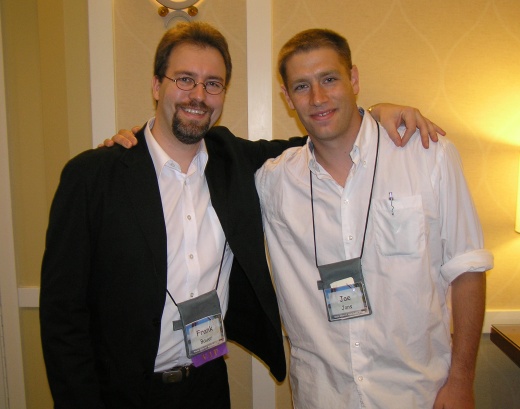 With Jae Jans at the World Internet Main Event in San Francisco, September 2007

He exposes the underground world of the internet’s elite marketing mafia and he’s telling me he wants to practically give away this report for just $7.

he only hook is the price is going up after the first 100 sales. I don’t know what it’s going up to but I haven’t seen this information in too many ebooks if any!

My point is there are a few other people who are going to tell their lists about this and I want to make sure you get your chance to pick it up while it’s actually this cheap.
So keep an eye on for the next blog post in the next couple days, I’ll find out when it’s going live and let you know here on this blog.

P.S. – This report could make an impact in your business in 2008! I’ll let you know the details as soon as I can.